On SONRIS today I noticed that the number of stages for the Devon Murphy 63H-1 was 16 as originally thought.  I present below revised charts.

The chart below reveals that Devon is still more conservative on their proppant volume than Encana. 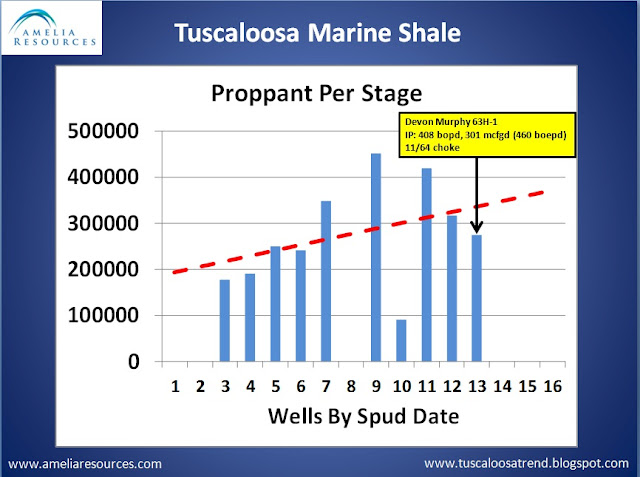 The chart below reveals that the Devon 63H-1 plots exactly on the "best fit" trend line. 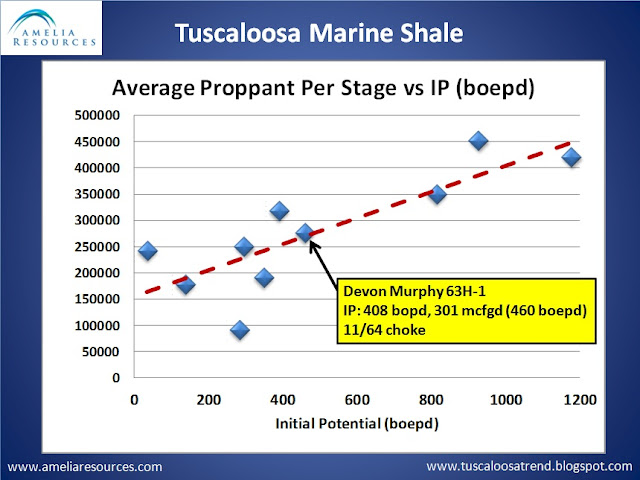 From an IP perspective, the chart below reveals that the Devon 63H-1 plots within  the expected range based on the prior wells. 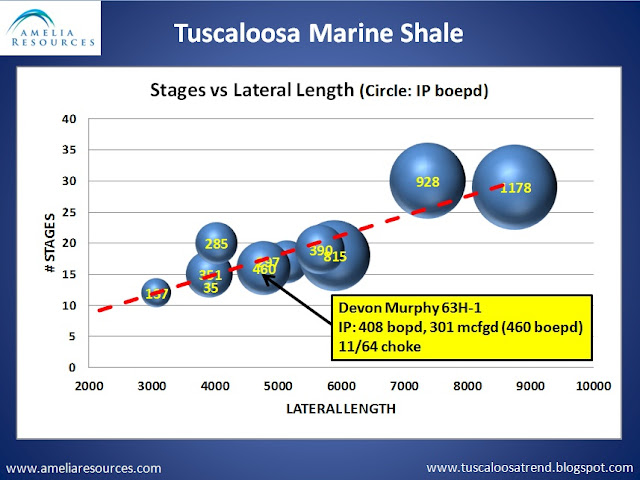 The chart below indicates that the Devon Murphy 63H-1 actually performed better than expected.  This trend line would project a 350 boepd IP. 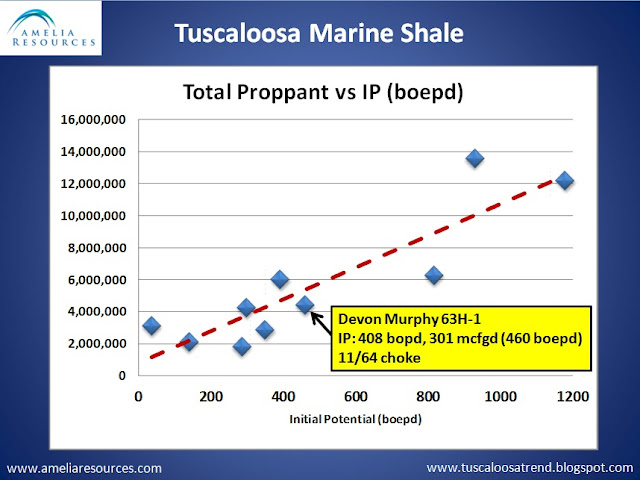 Based on the chart below, the expected IP for a 16 stage frac based on past well would be sub-300 boepd.  The increased proppant is the reason that the Devon Murphy 63H-1 outperformed Devon's predecessor wells. Overall, these charts indicate that while the current database is small, some predictions can be made regarding initial potentials.  They also reveal that "more is better" from a frac standpoint, but economics have to be considered.  What increased return is obtained with the longer laterals and larger proppant volumes?
Posted by Kirk Barrell at 2:48 PM