There's been quite a "frac" hiatus in the TMS over the past few months. That's about to come to an end.  There will be many results announced over the coming weeks.  I've provided some estimates for "30 day initial potentials" below.  Keep in mind that the # of stages and amount of proppant are estimated. Once I get confirmed variables, I'll update the estimates.  The "Frac Factor 30" is a calculation utilizing the prior frac jobs and it calculates the following:
Frac Factor 30 = IP30 (boepd) / (Avg. # of proppant per stage) X 1,000,000

This factor is then compared to the amount of calculated pay from log analysis.  Through time, this correlation should "tighten up" and provide some good estimates.  Many of the estimates below seem really high.  Lets hope that the formula is accurate.  To date, it's been pretty accurate.  Due to the lack of well control around the Halcon Broadway #1, I can't make any estimates.  Let's hope that it's huge and forces a "re-calibration" of the algorithm. 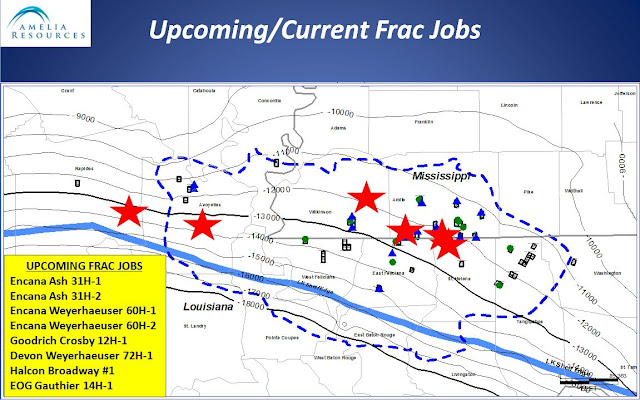 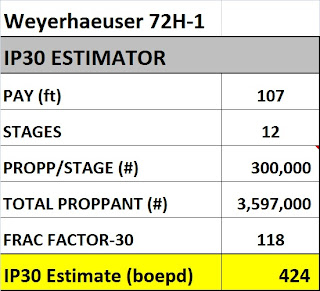 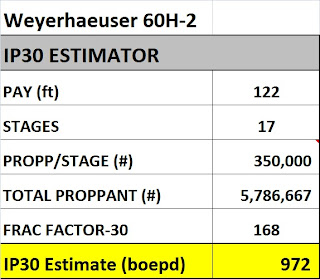 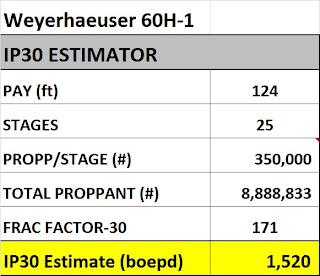 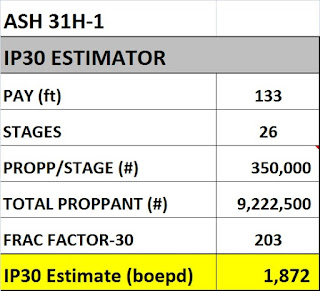 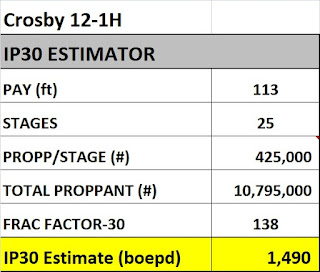 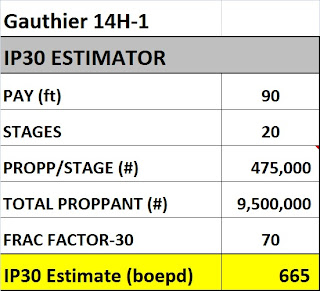 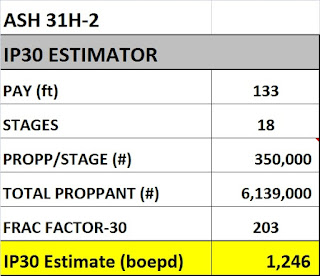